At COP27 UN Chief Calls For Climate Solidarity Pact  COP27: a new meeting was held the past few days, which further underlined that humanity has a choice, either to cooperate or perish. We are currently living in a situation where the Planet and its people are looking for some help, asking countries to make extra […]

Citi releases three climate research reports at COP27  On November 7, Citi announced the release of three reports regarding its climate research ahead of the 2022 UN Climate Change Conference (COP27) in Smarm El Sheikh, Egypt.     The first one, Climate Finance – Mobilizing the Public and Private Sector to Ensure a Just Energy transition, […]

ESG FUNDS DELIVER OUTSIZED RETURNS … TO ITS MANAGERS A 2015 MSCI study looking at ESG (Environmental, Social, and Governance) investing strategies over an eight-year period found evidence of alpha – or excess returns. A February 2021 Morgan Stanley review of more than 3,000 U.S. funds confirmed that ESG funds outperformed their traditional peer funds by a […]

Softbank and Blackrock invest in sustainability data and analytics platform Clarity AI As reported by ESG Today and Reuters, Sustainability and analytics platform Clarity AI last Friday announced the conclusion of the second round of fund raising.   Resources, in the amount of $50 million, were provided by SoftBank’ Vision Fund 2, famous for investing […]

European Banks don’t pass the ECB’s examination on climate and environmental risk management The plan The energy transition with the aim of achieving net zero emissions by 2050 inevitably involves all sectors of economic activity. Among them there is also the financial sector: banks, investment funds and insurance companies. Their role will be decisive in […]

ETFs: the surge of not-so-green ESG investments Following the two years of COVID-19 pandemic, confidence towards ESG investments rose as the sensitivity towards climate change and social issues became more widespread. Overall, the investment in Green Funds rose from 50 billion in the beginning of 2020 to over 200 billion in mid-2021, according to Morningstar. […]

BANKING REGULATORS START CLIMATE STRESS TESTS “Climate change has the potential to cause substantial disruption to our economies, businesses and livelihoods in the coming decades. Yet the associated risks remain poorly understood, as climate shocks differ from the financial shocks observed during previous crises.” That is the opening of the latest month’s blog post by […]

IntesaSanpaolo, manager’s bonus pegged to new criteria ESG A 274-page document. This is the size of the consolidated non-financial statement (Dnf) of the Intesa Sanpaolo group. Which has interesting new features such as the new indicator (Kpi) to which the variable part of the remuneration of 4 top managers and 35 managers has been linked: […] 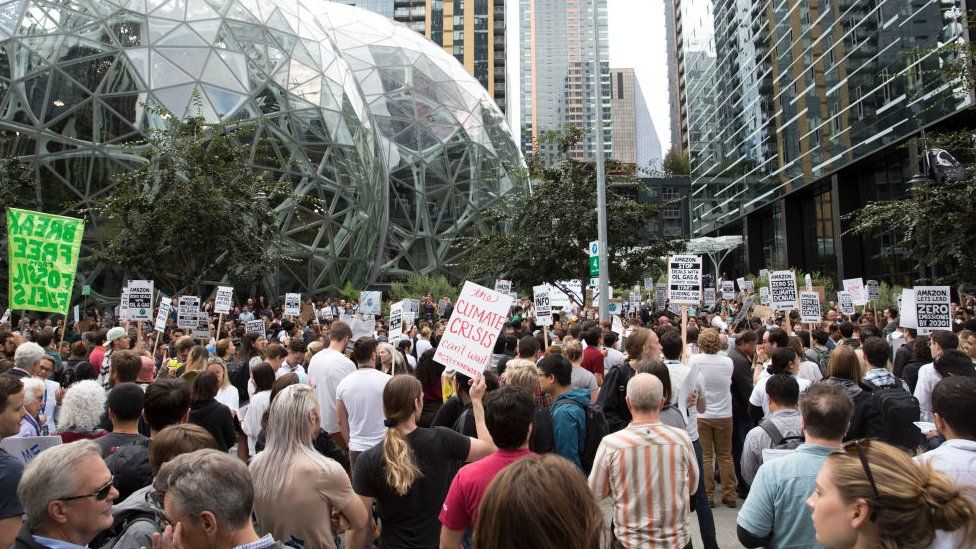 Amazon illegally fired two activists in a “David vs. Goliath” fight. Claims of unfair labor practices at Amazon have become very common over the last few years. Although Amazon’s starting wage of 15$ an hour is twice the federal minimum in the US, the working conditions and the labor practices implemented by the Seattle based […]